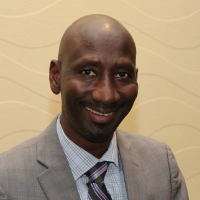 1. To test the hypothesis that repeated administration of artesunate+amodiaquine (AS+AQ (Arsucam)), artesunate plus sulphadoxine-pyrimethamine (AS/SP) and artemether-lumefantrine (AR-L (Coartem)) for treatment of consecutive episodes of uncomplicated malaria reduces the incidence of uncomplicated malaria 2. To measure the impact of repeated administration of the drugs on malarial immunity and malaria transmission

Study results showed that in this setting of perennial transmission with seasonal peaks, the incidence density of malaria in the AS + SP and Arsucam® arms were reduced as compared to the ARL arm. Using crude efficacy, ARL was also significantly less efficacious during the peak season of malaria while all arms had similar and above 98% efficacy after adjusting for re-infections by PCR. All ACTs maintained acceptable clinical and laboratory safety profiles despite their repetitive usage. Combined therapy of Arsucam or Arsumax reduced malaria incidence more than Coartem.