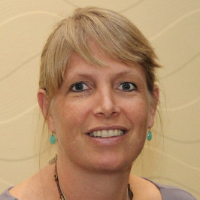 To investigate the effect of TB, TB/ HIV co-infection and other common respiratory pathogens on lung function in young children.

In progress- data expected to come out July 2020

Background People who survive tuberculosis face clinical and societal consequences after recovery, including increased risks of recurrent tuberculosis, premature death, reduced lung function, and ongoing stigma. To describe the size of this issue, we aimed to estimate the number of individuals who developed first-episode tuberculosis between 1980 and 2019, the number who survived to 2020, and the number who have been treated within the past 5 years or 2 years.

Methods In this modelling study, we estimated the number of people who survived treated tuberculosis using country-level WHO data on tuberculosis case notifications, excluding those who died during treatment. We estimated the number of individuals surviving untreated tuberculosis using the difference between WHO country-level incidence estimates and notifications, applying published age-stratified and HIV-stratified case fatality ratios. To estimate survival with time, post-tuberculosis life tables were developed for each country-year by use of UN World Population Prospects 2019 mortality rates and published post-tuberculosis mortality hazard ratios.

Authors:
Date:
2020-12-04
Journal:
BMC infectious diseases
Content:
Re: "It may be too early to try to prove the effect of deworming on tuberculin reactivity"