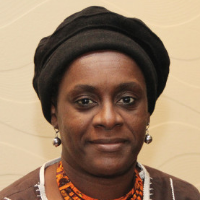 956 malaria patients were recruited from September 2007 to January 2009. Most of the data concerning the age, the sex, the clinical phenotype, the biological data and the clinical outcome was collected. The verification of the data bases was completed in the participating countries of Cameroon, Gabon and Mali. The project enabled the grantee to set up molecular epidemiology expertise in the institution’s laboratory and he consequently got a lecturer position at the University of Douala in Cameroon.