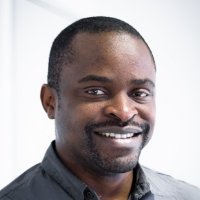 Adolescent HIV patients face enormous difficulty in accessing HIV care services. Given their vulnerability to risk-taking behaviour, this group also have worse treatment outcomes compared to other age groups. Poor treatment outcomes will impact negatively on HIV/AIDS management and control particularly in sub-Saharan Africa (SSA) as more than eight out of ten of the world's HIV-infected adolescents live in this region of the world. Limited evidence exists on the effectiveness of service delivery interventions to support adolescents' retention on antiretroviral therapy (ART) and adherence to ART. This trial is designed to evaluate the impact of conditional economic incentive and motivational interviewing on adolescents' retention in HIV care and adherence to ART in Anambra State, Southeast Nigeria.

The study will be a cluster randomised controlled trial that will be conducted in selected HIV treatment hospitals in Anambra State, Nigeria. Based on sample size calculation, 12 HIV treatment hospitals from Anambra will be selected for the study. Six HIV treatment hospitals each will be randomised to either the intervention or the control arm. A structured adherence support scheme termed the 'Incentive Scheme' will be applied to the intervention arm while the control arm will receive routine HIV care (usual care). Additionally, patients in the intervention arm will receive motivational interviewing at baseline and following initiation of antiretroviral therapy (ART), they will receive a gift voucher of US$5.6 when HIV viral load (VL) is < 20 copies/mL at 12 weeks, a gift voucher of US$2.8 if the VL remains suppressed for the next 3 months, and the next 6 months, and finally a gift voucher of US$5.6 if the VL remains < 20 copies/mL at 1 year. All gift vouchers will be conditional not only on VL results but attending the motivational interviews. The primary outcome for the trial will be the difference between groups in the proportion with HIV VL suppression (≤ 20 copies/mL) by 12 months and then 24 months after withdrawal of incentive.

The findings of this proposed trial will provide evidence on the feasibility of applying conditional economic incentives combined with motivational interviewing to improve retention and adherence to antiretroviral therapy of adolescents living with HIV in Nigeria and possibly in other sub-Saharan African countries.

A cost-effectiveness analysis from the healthcare provider’s perspective was performed to assess the cost per additional patient achieving undetected viral load through the proposed intervention. The cost-effectiveness of the incentive scheme over routine care was estimated using the incremental cost-effectiveness ratio (ICER), expressed as cost/patient who achieved an undetectable viral load. We performed a univariate sensitivity analysis to examine the effect of key parameters on the ICER. An in-depth interview was conducted on the healthcare personnel in the intervention arm to explore the feasibility of implementing the service delivery intervention in HIV treatment hospitals in Nigeria.

The conditional economic incentives and motivational interviewing was not cost-effective, but can become cost-effective if the frequency of HIV quality of life indicator tests are performed 1–3 times per annum. Patients’ acceptance of the intervention was very high. However, healthcare professionals believed that sustaining the intervention may be difficult unless factors such as government commitment and healthcare provider diligence are duly addressed.

Impact of conditional economic incentives and motivational interviewing on health outcomes of adolescents living with HIV in Anambra State, Nigeria: A cluster-randomised trial

Adolescents living with HIV (ALHIV) have had worse outcomes compared to adults. They face enormous difficulty in accessing HIV care services. We hypothesize that conditional economic incentives (CEI) and motivational interviewing could increase retention in care, medication adherence and ultimately viral load suppression. Therefore, we evaluated the one-year impact of conditional economic incentives and motivational interviewing on the health outcomes of ALHIV in Anambra State, Nigeria.

Using a cluster-randomised design, we examined the one-year (from December 1, 2018, to November 30, 2019), individual-level impact of an Incentive Scheme comprising conditional economic incentives and motivational interviewing on achieving undetectable viral load (primary outcome), CD4+ count, adherence to antiretroviral therapy and retention in care (secondary outcomes) by ALHIV in Anambra State, Nigeria. Twelve HIV treatment hospitals were stratified according to the type of clinic (secondary or tertiary) and randomly assigned to the intervention arm or control arm to receive the Incentive Scheme or routine care, respectively. ALHIV aged 10–19 years, initiated into HIV care for a minimum of 6 months, and who adhered poorly to medications (<100% adherence rate) were eligible for the study. Participants in the intervention arm received motivational interviewing at the study baseline and every visit. They also received US$5.6 when HIV viral load (VL) was <20 copies/mL at month 3, US$2.8 if the VL remained suppressed at months 6 and 9, and US$5.6 if the VL remained <20 copies/mL at month 12.

The Incentive Scheme did not improve the virologic outcome of ALHIV after 12 months. Differences in the secondary outcomes after 12 months were also not significantly different from the baseline.