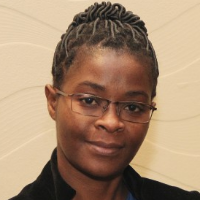 Immunogenicity to cholera vaccine within a population at risk in Zambia: mapping the kinetics of immune responses over time

• Determine cholera specific antibody titers at baseline (prior vaccination) • Determine seroconversion after 1st and 2nd doses • Asses benefits of a 2nd dose of OCV given after 4 weeks following the 1st dose • Determine if vaccine immune responses wane off at 6, 12, 24, 36, 42 or 48 months post second dose OVC

This is a pre/post-vaccine study involving a cohort of individuals receiving an oral cholera vaccine provided by the ministry of health (MoH) in response to a cholera outbreak in the Lukanga Swamps. Volunteering eligible individuals were, consented, enrolled and the questionnaire administered.

Effect of HIV status and retinol on immunogenicity to oral cholera vaccine in adult population living in an endemic area of Lukanga Swamps, Zambia

We set out to assess the impact of human immunodeficiency virus (HIV) and micronutrient deficiency as indicated by serum retinol levels on the immune responses to Oral Cholera Vaccine (Shanchol™) in a cohort of participants in Lukanga Swamps, Zambia. Cholera remains endemic in Zambia with vaccines being the only effective preventive measures. However, the effect of these vaccines on populations living with HIV has not been widely documented.

Our results show that while Shanchol™ is immunogenic in both HIV+/- individuals, HIV + participants responded poorly. Viral load and CD4 count affected vaccine immunogenicity. More research is required for detailed understanding of this in order to appropriately inform policy and practice.

In cholera endemic areas, the periodicity of cholera outbreaks remains unpredictable, making it difficult to organize preventive efforts. Lack of data on duration of protection conferred by oral cholera vaccines further makes it difficult to determine when to deploy preemptive vaccination. We report on the immunogenicity and waning of immunity to Shanchol™ in Lukanga Swamps.

We enrolled a cohort of 223 participants aged between 18 and 65 years old from whom serum samples were collected at baseline, day 28 before administration of the second dose, and consecutively at 6, 12, 24, 30, 36, and 48 months. Vibriocidal antibody titres were measured and expressed as geometric mean titres. Box plots and 95% CI were computed at each visit for both Inaba and Ogawa. Seroconversion was defined as a four fold or greater increase in antibody titres compared to baseline titres.

We found that Shanchol™ was immunogenic in our study population and that vibriocidal antibodies may not be a good marker for long-term immunity. The observed rise in titres after 36 months suggests natural exposure, and this may be a critical time window opening for natural transmission in an endemic areas. We recommend re-vaccination at this time point in high risk areas.

Shigella-specific antibodies in the first year of life among Zambian infants: A longitudinal cohort study