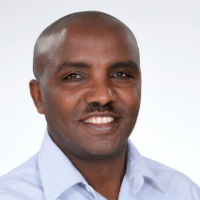 Reproducibility of malaria sporozoite challenge model in humans for evaluating efficacy of vaccines and drugs: A systematic review

Predicting the risk of atherosclerotic cardiovascular disease among adults living with HIV/AIDS in Addis Ababa, Ethiopia: A hospital-based study

Background Atherosclerotic Cardiovascular Disease (ASCVD) is an emerging problem among People living with HIV/AIDS (PLWHA). The current study aimed at determining the risk of ASCVD among PLWHA using the Pooled Cohort Equation (PCE) and the Framingham Risk score (FRS). Methods A hospital-based study was carried out from January 2019 to February 2020 in PLWHA. The prevalence of ASCVD risk was determined in individuals aged between 20 to 79 and 40 to 79 years using the FRS and PCE as appropriate. Chi-square, univariate and multivariate logistic regressions were employed for analysis. Results The prevalence of high-risk ASCVD for subjects aged 20 and above using both tools was 11.5%. For those aged 40 to 79 years, PCE yielded an increased risk (28%) than FRS (17.7%). Using both tools; advanced age, male gender, smoking, and increased systolic blood pressure were associated with an increased risk of ASCVD. Younger age (adjusted odds ratio, AOR) 0.20, 95%CI: 0.004, 0.091; P< 0.001), lower systolic blood pressure (AOR 0.221, 95%CI: 0.074, 0.605 P< 0.004), and lower total cholesterol (AOR 0.270, 95%CI: 0.073, 0.997; p<0.049) were found to be independent predictors of reduced risk of ASCVD. Likewise, younger age (40 to 64 years), female gender, and lower systolic blood pressure were significantly associated with lower risk of ASCVD among patients aged 40 to 79 years using both PCE and FRS.

A considerable number of PLWHA have been identified to be at risk for ASCVD. ASCVD

and smoking using both FRS and PCE. These factors should therefore be taken into

Efficacy and Safety of Artemisinin-Based Combination Therapy for the Treatment of Uncomplicated Malaria in Pregnant Women: A Systematic Review and Meta-Analysis

ABSTRACT Background: While the fast extension of combination antiretroviral therapy (cART) has resulted in significant increases in life expectancy, disorders such as cardiometabolic syndrome (CMetS), which have received less attention, are becoming a major concern in HIV/AIDS patients (PLWHA). Objectives: The purpose of this research was to identify biomarkers and determine the prevalence of CMetS in PLWHA using the National Cholesterol Education Program (NCEP) and the International Diabetes Federation (IDF) tools. Methods: Between January 2019 and February 2021, a hospital-based study of HIV-infected patients (n=288) was conducted. The data were analyzed using binary logistic regression. To control the effect of confounders, independent variables with a P-value of <.20 in the bivariate logistic regression were incorporated into multivariate logistic regression. Statistical significance was defined as a 95% confidence interval and a P-value of less than .05. Results: The risk of CMetS increased twofold as age increased each year (P=.009), 1.2 times as the age at which cART began increased (P=.015), and 6 times with 1 or more co-morbidities (P=.028), according to the NCEP tool. Furthermore, significant NCEP-CMetS correlations were produced by a rise in diastolic blood pressure (P < .001) and cART duration (P=.006). Male gender was 99.9% less likely to be related to CMetS using the IDF tool, and the risk of CMetS increased fourfold with each unit increase in waist circumference (P < .001). Triglycerides and blood type “A” have been found to have substantial relationships with CMetS using both techniques. Conclusion: According to the study, CMetS was found to be common in PLWHA. Age, time on cART, age when cART started, gender, co-morbidities, waist circumference, and diastolic blood pressure were all revealed to be significant predictors of CMetS. Triglycerides and blood type “A” were the only biomarkers found to be significant with CMetS using both the NCEP and IDF tools. Keywords: Biomarkers, Cardiometabolic syndrome (CMetS), Combination Antiretroviral Treatment (cART), Human Immunodeficiency Virus (HIV), Prevalence, Zewditu Memorial Hospita

Purpose/Background: Although Ethiopia is among the thirty high multi-drug resistant tuberculosis (MDR-TB) burden countries in the world, comparative therapeutic efficacy of moxifloxacin and levofloxacin has not been explored, particularly in MDR-TB patients. We therefore aimed to prospectively compare clinical outcomes and determine potential predictors of the outcomes among patients on moxifloxacin or levofloxacin-based MDR-TB drug regimens. Methods: We analyzed clinical parameters and laboratory data of eighty MDR-TB patients on moxifloxacin- or levofloxacin-based regimens. The clinical outcomes were compared using the Kaplan–Meier survival functions and the outcome definitions of the 2013 World Health Organization. Monthly sputum culture conversions and a molecular line probe assay results were also assessed. Observed outcomes and patient-related variables between the two groups were compared using chi-square, Wilcoxon Rank and Fisher exact tests. We also determined the potential predictors influencing treatment outcomes of moxifloxacin and levofloxacin using Cox proportional hazard model. Results: The levofloxacin-based treatment group had a lower failure rate and adverse drug events as well as better treatment success than the moxifloxacin-based group. Overall treatment success was 65%. Disaggregating the data revealed that 53.8% were cured, 11.2% completed treatment, 10.0% died, 11.2% failed, and 13.8% were lost-to-follow-up. The line probe assay result showed that 11.3% of the clinical isolates were resistant to fluoroquinolones and 3.8% were resistant to both fluoroquinolones and injectable anti-TB agents. Treatment regimen type, culture conversion rate, alcohol use, cavity lesion, serum levels of creatinine and alanine aminotransferase were independent predictors of treatment outcome. Conclusion: The levofloxacin-based regimen group has a better overall treatment success than the moxifloxacin-based group among MDR-TB patients. Clinical parameters and substance use history of the patients influenced treatment outcomes. We recommend further broader clinical studies to substantiate our findings as an input to review MDR-TB treatment guidelines. Keywords: MDR-TB, moxifloxacin, levofloxacin, line probe assay, treatment outcome, sputum culture conversion, Ethiopia

bjective
We investigated prevalence and predictors of glucose metabolism disorders (GMDs)
among People Living with HIV (PLWH) on efavirenz- and atazanavir/ritonavir-based combination antiretroviral therapy (cART).
Methods
This cross-sectional study involved adult PLWH on efavirenz- (n = 240) and atazanavir/ritonavir-based (n = 111) cART. The prevalence of GMDs was determined by fasting serum glucose, insulin, and homeostasis model assessment. A logistic regression model was used to
determine predictors.
Results
The overall prevalence of GMDs for all regimens was 27.6% (97/351) [95% CI 23.0–32.6%]
s, with 31.1% (75/240) [95% CI 25.4–37.5%] for efavirenz-based and 19.8% (22/111) [95%
CI 12.9–28.5%)] for atazanavir/ritonavir-based cART group. The prevalence of impaired
fasting glycemia was significantly higher (p = 0.026) in the efavirenz- [(15.4%) (37/240);
95%CI (11.1–20.6%)] than atazanavir/ritonavir-based [(7.2%) (8/111), (95%CI (3.2–
13.7%)] cART. However, no significant difference was observed in the prevalence of diabetes mellitus and insulin resistance between the two regimens. Age �46 years old and specific type of ARV contained in cART, such as TDF, were independent predictors of GMD in
both groups. Whereas the male gender and BMI category were predictors of GMDs among
EFV-based cART group, AZT- and ABC- containing regimens and triglyceride levels were
predictors in the ATV/r-based group


Conclusions
GMDs were highly prevalent among adults on EFV- than ATV/r-based cARTs. Age �46
years and TDF-containing cARTs are common predictors in both regimens. Close monitoring for impaired fasting glucose during long-term EFV-based cART is recommended for
early diagnosis of type-2 diabetes and management.

Identifiers:
Part of Not Informed: not informed

Efficacy and safety of artemisinin-based combination therapies for the treatment of uncomplicated malaria in pediatrics: a systematic review and meta-analysis

Malaria is a major cause of morbidity and mortality in pediatrics in malaria endemic areas. Artemisinin-based combination therapies (ACTs) are the drugs of choice for malaria management particularly across malaria-endemic countries. This systematic review and meta-analysis was performed to assess efficacy and safety of ACTs for uncomplicated malaria in pediatric populations.

A body of evidence was searched for published ACT trials until March 06, 2020. The search was focused on efficacy and safety studies of ACTs for uncomplicated malaria in pediatrics. PubMed library was searched using best adapted search terms after multiple trials. References were exported to the endnote library and then to Covidence for screening. Data was extracted using the Covidence platform. The per-protocol analysis report for the efficacy and the intention-to-treat analysis for the safety were synthesized. Met-analysis was carried using Open Meta-Analyst software. Random effects model was applied and the heterogeneity of studies was evaluated using I2 statistic.

ACTs demonstrated a high crude efficacy and tolerability against P. falciparum. The high treatment success and tolerability with low heterogeneity conferred by DP has implication for policy makers who plan the use of ACTs for uncomplicated falciparum malaria treatment in pediatrics.