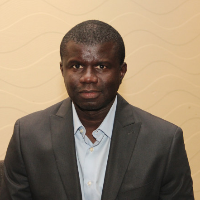 To determine whether seasonal IPTc with sulfadoxine-pyrimethamine plus amodiaquine provide added benefit in populations with access to prompt effective treatment through home–based management; whether IPTc has previously been shown effective when give for three months in areas with a short transmission season and whether seasonal IPTc is safe and acceptable when given for a longer period in areas with a longer transmission season. To also show the cost-effectiveness of adding seasonal IPTc to home management of malaria (HMM)

Twenty four community health workers and malaria volunteers were trained by the Department of Parasitology to do thick and thin blood smear to confirm all malaria cases in the 24 villages involved in the project.

Head of departement of Medical Biology

Evaluation of two strategies to strengthen pharmacovigilance during seasonal malaria chemoprevention campaigns in children aged 3 months to 10 years in Senegal.

Seasonal malaria chemoprevention combined with community case management of malaria in children under 10 years of age, over 5 months, in south-east Senegal: A cluster-randomised trial

Seasonal malaria chemoprevention (SMC) is recommended in the Sahel region of Africa for children under 5 years of age, for up to 4 months of the year. It may be appropriate to include older children and to provide protection for more than 4 months. We evaluated the effectiveness of SMC using sulfadoxine-pyrimethamine plus amodiaquine given over 5 months to children under 10 years of age in Saraya district in south-east Senegal in 2011.

In this study, SMC for children under 10 years of age given over 5 months was feasible, well tolerated, and effective in preventing malaria episodes, and reduced the prevalence of parasitaemia and anaemia. SMC with CCM achieved high coverage and ensured children with malaria were promptly treated with artemether-lumefantrine.

Safety of Seasonal Malaria Chemoprevention (SMC) with Sulfadoxine-Pyrimethamine plus Amodiaquine when Delivered to Children under 10 Years of Age by District Health Services in Senegal: Results from a Stepped-Wedge Cluster Randomized Trial.

It is recommended that children aged 3 months to five years of age living in areas of seasonal transmission in the sub-Sahel should receive Seasonal Malaria Chemoprevention (SMC) with sulfadoxine-pyrimethamine plus amodiaquine (SPAQ) during the malaria transmission season. The purpose of this study was to evaluate the safety of SMC with SPAQ in children when delivered by community health workers in three districts in Senegal where SMC was introduced over three years, in children from 3 months of age to five years of age in the first year, then in children up to 10 years of age.

A surveillance system was established to record all deaths and all malaria cases diagnosed at health facilities and a pharmacovigilance system was established to detect adverse drug reactions. Health posts were randomized to introduce SMC in a stepped wedge design. SMC with SPAQ was administered once per month from September to November, by nine health-posts in 2008, by 27 in 2009 and by 45 in 2010.

After three years, 780,000 documented courses of SMC had been administered. High coverage was achieved. No serious adverse events attributable to the intervention were detected, despite a high level of surveillance.

SMC is being implemented in countries of the sub-Sahel for children under 5 years of age, but in some areas the age distribution of cases of malaria may justify extending this age limit, as has been done in Senegal. Our results show that SMC is well tolerated in children under five and in older children. However, pharmacovigilance should be maintained where SMC is implemented and provision for strengthening national pharmacovigilance systems should be included in plans for SMC implementation.

BACKGROUND : Seasonal malaria chemoprevention (SMC) using sulfadoxine-pyrimethamine plus amodiaquine has been introduced in 12 African countries. Additional strategies for safety monitoring are needed to supplement national systems of spontaneous reporting that are known to under represent the incidence of adverse reactions.

This study aimed to determine if adverse event (AE) reporting could be improved using a smartphone application provided to village health workers, or by active follow-up using a symptom card provided to caregivers.

Two strategies to improve reporting of AEs during SMC campaigns were evaluated, in comparison with the national system of spontaneous reporting, in 11 health post areas in Senegal. In each health post, an average of approximately 4000 children under 10 years of age received SMC treatment each month for 3 months during the 2015 malaria transmission season-a total of 134,000 treatments. In three health posts (serving approximately 14,000 children), caregivers were encouraged to report any adverse reactions to the nurse at the health post or to a community health worker (CHW) in their village, who had been trained to use a smartphone application to report the event (enhanced spontaneous reporting). In two health posts (approximately 10,000 children), active follow-up of children at home was organized after each SMC campaign to ask about AEs that caregivers had been asked to record on a symptom card (active surveillance). Six health posts (approximately 23,000 children) followed the national system of spontaneous reporting using the national reporting (yellow) form. Each AE report was assessed by a panel to determine likely association with SMC drugs.

The incidence of reported AEs was 2.4, 30.6, and 21.6 per 1000 children treated per month, using the national system, enhanced spontaneous reporting, and active surveillance, respectively. The most commonly reported symptoms were vomiting, fever, and abdominal pain. The incidence of vomiting, known to be caused by amodiaquine, was similar using both innovative methods (10/1000 in the first month, decreasing to 2.5/1000 in the third month). Despite increased surveillance, no serious adverse drug reactions were detected.

Training CHWs in each village and health facility staff to report AEs using a mobile phone application led to much higher reporting rates than through the national system. This approach is feasible and acceptable, and could be further improved by strengthening laboratory investigation and the collection of control data immediately prior to SMC campaigns.