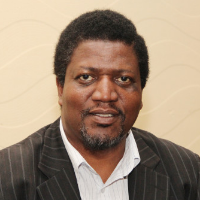 Using stored samples collected from 72 HIV-infected patients in 2005- 2008, 50 plasma samples were analysed. Results so far show that broadly neutralizing antibodies are indeed present during pregnancy and at selected time points during the course of infection in the case of acute and recently infected individuals. Most plasmas have 50% neutralizing capacity, but the majority fail to exhibit 90% neutralisation. There was no strong inhibition of IN93, an HIV-1C strain similar to the predominant subtype C in the region. There is potential of identifying samples that show broad inhibition of various virus strains; with some samples showing high inhibition of subtype B (BR92).

Urogenital schistosomiasis, caused by the helminth parasite Schistosoma haematobium, is one of the most important childhood public health problems in Africa, compromising child growth and development and usually causing irreversible damage in life leading to increased susceptibility to HIV coinfection in adulthood. Naturally acquired immunity develops slowly, and with no vaccine available, infection and morbidity are controlled by treatment with the antihelminthic drug praziquantel. Treatment is believed to accelerate development of protective immunity. Recent FindingsIn our recent research, we demonstrated that morbidity occurs in young children and that the markers of morbidity can be used for diagnosis, while development of pathology is reduced by a single antihelminthic treatment. Many gaps exist in the control efforts of schistosomiasis that could be initiated during early years of growth to avoid childhood schistosomiasis with immense benefits in adulthood susceptibility or increased HIV transmission. SummaryTreating urogenital schistosomiasis infection during earlier childhood age is a relatively cheap strategy to benefit child health and provide opportunity to develop protective immune responses. Studies on the association of urogenital schistosomiasis with HIV transmission indicate that prevention and protective immunity could be achieved by administering treatment earlier during childhood.

Endophytic fungi isolated from medicinal plants have an important role to play in the search for new bioactive natural compounds. However, despite their potential as repositories of bioactive compounds, the endophytes of African medicinal plants are largely underexplored. The aim of this study was to isolate and identify the endophytic fungi associated with Vitex payos and evaluate their antimicrobial and antioxidant potential. The surface sterilization technique was used to isolate the endophytic fungi that were identified by rDNA sequencing of the ITS region. Crude methanol and ethyl acetate extracts were screened for antimicrobial activity using the agar diffusion method and evaluated for antioxidant activity using a commercial total antioxidant capacity assay kit. The total phenolic content of the extracts was determined using the Folin-Ciocalteu method and functional groups present in the extracts were predicted using Fourier-transform infrared spectros-copy. Seven endophytic fungi isolates identified as Glomerella acutata, Epicoccum nigrum, Diaporthe species, Penicillium chloroleucon, Diaporthe endophytica, Mucor circinelloides, and Epicoccum nigrum were isolated from the tissues of Vitex payos. None of the extracts exhibited antimicrobial activity and the crude ethyl acetate extract obtained from E. nigrum demonstrated both the highest total phenolic content (2.97 ±0.13 mg GAE g −1 dry weight) and total antioxidant capacity (231.23 ±2.03 μM CRE). Fourier-transform infrared spectral analysis of the crude extracts from E. nigrum confirmed the presence of molecules carrying bonded hydroxyl functional group characteristic of phenolic compounds. These preliminary results indicate that most of the isolated fungal endophytes from V. payos belong to the phylum Ascomycota and that the isolated E. nigrum strain has potential as a source of natural antioxidants.
(PDF) Endophytic fungi from Vitex payos: identifcation and bioactivity.. Available from: https://www.researchgate.net/publication/329453205_Endophytic_fungi_from_Vitex_payos_identifcation_and_bioactivity [accessed Dec 13 2018].

Antibiotic resistance has become a global concern and is threatening the clinical efficacy of many existing drugs. This has led to an increased screening of several medicinal sources of potential antimicrobial substances. Mushrooms have long been recognized as valuable source of nutritive and pharmacologically active compounds. The objectives of this study were to isolate and characterize antimicrobial compounds from selected mushroom extracts. Twelve crude extracts of mushrooms using acetone, methanol, ethanol and cold water, namely; Amanita spp, Amanita zambiana, Cantharellus heinemannianus, Cantharellus miomboensis, Cantharellus symoensii, Ganoderma lucidum and Lactarius kabansus, were separated by Preparative Liquid Chromatography (PLC). The separated bands were each scrapped off the silica plates and extracted with 15 ml ethyl acetate, filtered through Whatman no 1 paper and dried under a stream of air. The dried extracts were re-suspended in 1-10 mg/ml methanol or dimethyl sulfoxide. A total of ninety nine compounds were obtained and labelled as compounds 1 to 99. The isolated compounds were screened for their antimicrobial activity against Salmonella typhi using the tetrazolium salt (MTT) cell viability assay. Fourteen of the isolated compounds exhibited high growth inhibition of S. typhi ranging from 62-84.3%. The acetone extract of C. symoensii had the compound with the highest inhibitory activity of 84.3%, at a concentration of 480 µg/ml, followed by C. symoensii from ethanol and methanol extracts, C. miomboensis from ethanol extract and C. symoensii from ethanol extract, showing inhibitory activities of 82.8%, 82.4%, 76.8% and 76.8%, at concentrations of 800 µg/ml, 640 µg/ml, 800 µg/ml and 640 µg/ml, respectively. The tested compounds were identified using standard staining procedures with Dragendorff's reagent for the detection of alkaloids, vanillin-sulphuric acid for terpenoid and phenol derivatives, anisaldehyde-sulphuric acid for flavonoid derivatives, anisidine phthalate for carbohydrates and reducing sugars, diphenylamine for glycosides and glycolipids, ninhydrin for amines and amino sugars, phosphoric acid for sterols and steroids, and iodine for universal stain. The majority of the compounds showed a white fluorescence under UV at 254 nm. Two compounds additionally gave a purple colour when viewed under UV at 365 nm. Four compounds from methanol and ethanol extracts of C. miomboensis and acetone extract of C. symoensii, showed purple spots after staining with anisaldehyde-sulphuriric acid, indicating the presence of flavonoid derivatives. Two of the compounds further gave positive results after staining with vanillin-sulphuric acid on the same spots, confirming the presence of phenol derivatives. The results showed that Cantharellus species possessed antibacterial activity against S. typhi due to the presence of flavonoids. Appropriate extracts of Cantharellus species have potential for developing therapeutic agents against S. typhi.