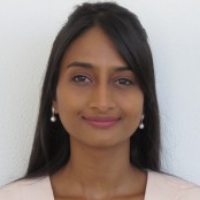 While the acquisition of drug resistance is often accompanied by fitness costs, Mycobacterium tuberculosis has developed mechanisms to overcome these costs in the form of compensatory mutations. In an attempt to dissect strain-specific differences in biological fitness, 10 M. tuberculosis genomes, representing F15/LAM4/KZN, Beijing, F11 and F28 genotypes were sequenced on the Illumina MiSeq platform. Drug-susceptible F15/LAM4/KZN strains differed by 43 SNPs, demonstrating that heterogeneity exists even among closely-related strains. We found unique, nonsynonymous single-nucleotide polymorphisms (SNPs) in the sigA and grcC1 genes of multidrug resistant (MDR) and XDR F15/LAM4/KZN strains, respectively. The F28 MDR strain harboured a novel ubiA mutation in combination with its embB M306I mutation, which may be related to ethambutol resistance. In addition, it possessed a low-frequency rpoC mutation, suggesting that this strain was in the process of developing compensation. In contrast, no compensatory mutations were identified in Beijing and F11 MDR strains, corroborating its low in vitro fitness. Clinical strains also harboured unique SNPs in a number of important genes associated with virulence, highlighting the need for future studies which examine the correlation of genetic variations with phenotypic diversity. In summary, whole-genome sequencing revealed the presence of fitness-compensatory mutations in F15/LAM4/KZN and F28 genotypes which predominate in MDR and/or extensively drug resistant (XDR) forms in KwaZulu-Natal, South Africa.

The role of fitness in transmission of drug-resistant strains has been explored in previous studies; but has not been established for F15/LAM4/KZN strains, which were responsible for the extensively drug-resistant tuberculosis (XDR-TB) outbreak in Tugela Ferry, South Africa. The biological fitness of 15 clinical strains representing the F15/LAM4/KZN, Beijing, F11 and F28 families was determined by growth, viability and competition assays and correlated with DNA sequencing of eight genes associated with drug resistance and putative compensatory mechanisms. Similar growth rates were observed among susceptible, multidrug-resistant (MDR) and XDR strains of the KZN and F28 genotypes. In contrast, Beijing and F11 MDR strains demonstrated significantly reduced fitness. Resistant strains exhibited heterogeneous fitness profiles in competition with different susceptible strains, suggesting strain dependence. In addition, co-culture growth rates were consistently higher than independent growth rates in 13/14 competition pairs. All 14 drug-resistant strains retained viability, at a low CFU/mL, when paired with susceptible strains. The persistence of such resistant strains could consequently support the acquisition of additional drug-resistance-conferring mutations and/or the evolution of compensatory mechanisms. Frequently occurring mutations were detected in KZN and F28 resistant strains whereas, the Beijing MDR strain harboured a less common katG mutation and the F11 MDR strain had no katG mutation. Contrary to drug-resistant Beijing and F11 strains, the successful transmission of KZN strains, particularly during the outbreak, may be attributed to the presence of drug-resistance-conferring mutations associated with little or no associated fitness costs. Amplified growth in co-culture may be suggestive of in vivo trans-complementation.

Evaluation of the airway microbiome in nontuberculous mycobacteria disease.

Xpert Ultra and Xpert MTB/RIF for tuberculosis diagnosis in an HIV-endemic setting with a high burden of previous tuberculosis: a two-cohort diagnostic accuracy study

Background: Xpert MTB/RIF Ultra (Ultra) is a new test for tuberculosis undergoing global roll-out. We assessed the
performance of Ultra compared with Xpert MTB/RIF (Xpert) in an HIV-endemic setting where previous tuberculosis
is frequent and current test performance is suboptimal.

Methods: In this two-cohort diagnostic accuracy study, we used sputum samples from patients in South Africa to
evaluate the accuracy of Ultra and Xpert against a single culture reference standard. For the first cohort (cohort A),
we recruited adults (aged ≥18 years) with symptoms of presumptive tuberculosis at Scottsdene clinic in Cape Town,
South Africa. We collected three sputum samples from each patient in cohort A, two at the first visit of which one
was tested using Xpert and the other was tested using culture, and one sample the next morning which was tested
using Ultra. In a separate cohort of patients with presumptive tuberculosis and recent previous tuberculosis
(≤2 years) who had submitted sputum samples to the National Health Laboratory Services (cohort B), decontaminated
sediments were, after processing, randomly allocated (1:1) for testing with Ultra or Xpert. For both cohorts we
calculated the sensitivity and specificity of Ultra and Xpert and evaluated the effects of different methods of
interpreting Ultra trace results.

Identifiers:
The microbiome and tuberculosis: state of the art, potential applications, and defining the clinical research agenda.

The microbiome and tuberculosis: state of the art, potential applications, and defining the clinical research agenda

The diverse microbial communities within our bodies produce metabolites that modulate host immune responses. Even the microbiome at distal sites has an important function in respiratory health. However, the clinical importance of the microbiome in tuberculosis, the biggest infectious cause of death worldwide, is only starting to be understood. Here, we critically review research on the microbiome’s association with pulmonary tuberculosis. The research indicates five main points: (1) susceptibility to infection and progression to active tuberculosis is altered by gut Helicobacter co-infection, (2) aerosol Mycobacterium tuberculosis infection changes the gut microbiota, (3) oral anaerobes in the lung make metabolites that decrease pulmonary immunity and predict progression, (4) the increased susceptibility to reinfection of patients who have previously been treated for tuberculosis is likely due to the depletion of T-cell epitopes on commensal gut non-tuberculosis mycobacteria, and (5) the prolonged antibiotic treatment required for cure of tuberculosis has long-term detrimental effects on the microbiome. We highlight knowledge gaps, considerations for addressing these knowledge gaps, and describe potential targets for modifying the microbiome to control tuberculosis.

Evaluation of the airway microbiome in nontuberculous mycobacteria disease