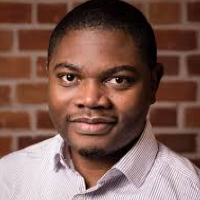 (i) Assess the extent of polymorphisms in ap2mu, ubp1 and pfcoronin genes . (ii) Establish the status of artemisinin-induced dormancy in the parasite isolates.

Background: The devastating public health impact of malaria has prompted the need for effective interventions. Malaria control gained traction after the introduction of artemisinin-based combination therapy (ACT). However, the emergence of artemisinin (ART) partial resistance in Southeast Asia and emerging reports of delayed parasite sensitiv- ity to ACT in African parasites signal a gradual trend towards treatment failure. Monitoring the prevalence of muta- tions associated with artemisinin resistance in African populations is necessary to stop resistance in its tracks. Muta- tions in Plasmodium falciparum genes pfk13, pfcoronin and pfatpase6 have been linked with ART partial resistance.

Methods: Findings from published research articles on the prevalence of pfk13, pfcoronin and pfatpase6 polymor- phisms in Africa were collated. PubMed, Embase and Google Scholar were searched for relevant articles reporting polymorphisms in these genes across Africa from 2014 to August 2021, for pfk13 and pfcoronin. For pfatpase6, relevant articles between 2003 and August 2021 were retrieved.

Results: Eighty-seven studies passed the inclusion criteria for this analysis and reported 742 single nucleotide poly- morphisms in 37,864 P. falciparum isolates from 29 African countries. Five validated-pfk13 partial resistance markers were identified in Africa: R561H in Rwanda and Tanzania, M476I in Tanzania, F446I in Mali, C580Y in Ghana, and P553L in an Angolan isolate. In Tanzania, three (L263E, E431K, S769N) of the four mutations (L263E, E431K, A623E, S769N) in pfatpase6 gene associated with high in vitro IC50 were reported. pfcoronin polymorphisms were reported in Senegal, Gabon, Ghana, Kenya, and Congo, with P76S being the most prevalent mutation.

Conclusions: This meta-analysis provides an overview of the prevalence and widespread distribution of pfk13, pfcor- onin and pfatpase6 mutations in Africa. Understanding the phenotypic consequences of these mutations can provide information on the efficacy status of artemisinin-based treatment of malaria across the continent.