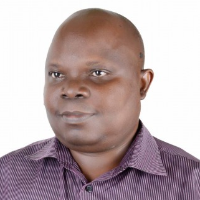 Background: Novel interventions are needed to reach young people and adult men with HIV services given the low HIV testing rates in these population sub-groups. We assessed the feasibility and acceptability of a peer-led oral HIV self-testing (HIVST) intervention in Kasensero, a hyperendemic fishing community (HIV prevalence: 37-41%) in Rakai, Uganda.

Methods: This study was conducted among young people (15-24 years) and adult men (25+ years) between May and August 2019. The study entailed distribution of HIVST kits by trained "peer-leaders," who were selected from existing social networks and trained in HIVST distribution processes. Peer-leaders received up to 10 kits to distribute to eligible social network members (i.e. aged 15-24 years if young people or 25+ years if adult man, not tested in the past 3 months, and HIV-negative or of unknown HIV status at enrolment). The intervention was evaluated against the feasibility benchmark of 70% of peer-leaders distributing up to 70% of the kits that they received; and the acceptability benchmark of >80% of the respondents self-testing for HIV.

Conclusion: Our findings show that a social network-based, peer-led HIVST intervention in a hyperendemic fishing community is highly feasible and acceptable, and achieves high linkage to HIV care among newly diagnosed HIV-positive individuals.