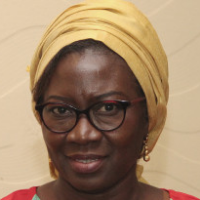 To optimize and standardize a “new” functional assay developed recently in our research unit, the Antibody Dependant Respiratory Burst (ADRB) assay detected by chemiluminescence, which has been correlated with clinical protection against malaria 2. To compare ADRB results with those of other commonly used functional assays such as the growth inhibition assay (GIA) 3. To use the ADRB assay as a tool to evaluate the level of malaria immunity in different endemic populations and to validate merozoite surface antigen vaccine candidates.

Laboratory based investigations: in vitro immunological and molecular biological assays

In summary the optimization of parameters resulted an increase in signal intensity and sensitivity and ensured minimal variation and good reproducibility (CV<10%) of the ADRB assay. The assay validation with serum samples showed that antibodies that were not protective in vivo had no effect on neutrophils respiratory burst activity in the ADRB assay. ADRB activity was found age-dependent and a high ADRB response was positively correlated with in vivo clinical protection from P. falciparum malaria. In addition to the scientific objectives of the project this Senior fellowship grant has allowed the development of capacities of different menbers of the team, the training of several young Senegalese and the career development of a young scientist that has been finally recruited by Pasteur Institution. This grant has acted as a catalyst creating a malaria research dynamic as well as allowing the reinforcement of the research team.