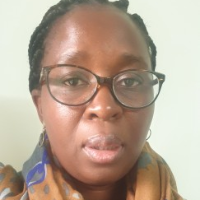 Centre for Sexual Health and HIV/AIDS

Can Undetectable (viral load) = Untransmissible (virus) change the life course of adolescents living
Fellow:
Zivai Nenguke
Collaborators:
Objectives:
To determine viral load fluctuation between routine annual VL testing and the extent to which annual VL using DBS reflects short term fluctuations that occur in the interim. 2. To determine what proportion of ALHIV with viral load <1000 copies/uL on DBS have a plasma VL less than 200 copies/uL 3. To explore the reasons for and adolescent’s understandings of fluctuations in VL (measured using standard of care DBS) and what a VL<1000 copies/mL means to ALHIV 4. To explore the perceived risks and opportunities of incorporating U=U into routine HIV treatment and care for ALHIV in LIC 5. To explore with key stakeholders the implications of our findings for the feasibility and framing of the U=U message in LIC for ALHIV.
Sites:
Harare
Study Design:
Longitudinal mixed method study
Subjects:
Adolescent living with HIV
Outcomes:
The study will provide scientific evidence on whether routine VL testing using DBS as available in LIC can provide sufficiently robust evidence of ‘undetectability’ and on the variability of an individual’s virological response over 12 months and between those considered undetectable (<1000) and those undetectable and untransmissible (<200). The study will assist in developing an evidence-base to support the U=U integration into standard of care and to maximise the opportunities that the investment in viral load monitoring could bring for adapting and strengthening care and support to improve adolescent HIV outcomes. It will generate peer-reviewed publications and educational resources.
Start Date:
2022-04-04
End Date:
2023-08-31
Message send successfully!