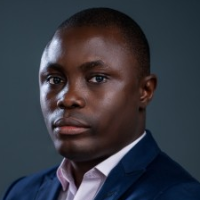 Mapping the spatial clustering of delayed infant vaccinations in The Gambia: exploring the role of geographic access to immunization service points

“What will my child think of me if he hears I gave him HIV?”: a sequential, explanatory, mixed-methods approach on the predictors and experience of caregivers on disclosure of HIV status to infected children in Gombe, Northeast Nigeria

COVID-19 vaccine hesitancy amongst healthcare workers: An assessment of its magnitude and determinants during the initial phase of national vaccine deployment in Nigeria

Background
While vaccination plays a critical role in the global response to the COVID-19 pandemic, vaccine rollout remains suboptimal in Nigeria and other Low- and Middle-income countries (LMICs). This study documents the level of hesitancy among health workers (HWs) during the initial COVID-19 vaccine deployment phase in Nigeria and assesses the magnitude and determinants of hesitancy across Nigeria.

Methods
A cross sectional study across all States in Nigeria was conducted with over 10,000 HWs interviewed between March and April 2021. Data were cleaned and analyzed with proportions and confidence intervals of hesitancy documented and stratification by HW category. We compared the level of confidence/acceptance to be vaccinated across Nigeria and documented the sources of negative information amongst HWs who refused the vaccine.

Interpretation
A vast majority of HWs who were offered COVID-19 vaccines as part of the first phase of national vaccine roll out were vaccinated and reported being confident of the COVID-19 vaccines. The reported hesitancy was due mainly to safety issues, and negative information about vaccines from social media. The issues identified remain a significant risk to the success of subsequent phases of the vaccine rollout in Nigeria.

Population and Individual-Level Double Burden of Malnutrition Among Adolescents in Two Emerging Cities in Northern and Southern Nigeria: A Comparative Cross-Sectional Study

Tracking the uptake and trajectory of COVID-19 vaccination coverage in 15 West African countries: an interim analysis

Discriminative ability of adiposity measures for elevated blood pressure among adolescents in a resource-constrained setting in northeast Nigeria: a cross-sectional analysis

A scorecard of progress towards measles elimination in 15 west African countries, 2001–19: a retrospective, multicountry analysis of national immunisation coverage and surveillance data

The influence of travel time to health facilities on stillbirths: A geospatial case-control analysis of facility-based data in Gombe, Nigeria

A scorecard of progress towards measles elimination in 15 west African countries, 2001-19: a retrospective, multicountry analysis of national immunisation coverage and surveillance data

Establishing and operating a ‘virtual ward’ system to provide care for patients with COVID-19 at home: experience from The Gambia

Empiric studies exploring the timeliness of routine vaccination in low-and middle-income countries (LMICs) have gained momentum in the last decade. Nevertheless, there is emerging evidence suggesting that these studies have key measurement and methodological gaps that limit their comparability and utility. Hence, there is a need to identify, and document these gaps which could inform the design, conduct, and reporting of future research on the timeliness of vaccination. We synthesised the literature to determine the methodological and measurement gaps in the assessment of vaccination timeliness in LMICs. We searched five electronic databases for peer-reviewed articles in English and French that evaluated vaccination timeliness in LMICs, and were published between 01 January 1978, and 01 July 2021. Two reviewers independently screened titles and abstracts and reviewed full texts of relevant articles, following the guidance framework for scoping reviews by the Joanna Briggs Institute. From the 4263 titles identified, we included 224 articles from 103 countries. China (40), India (27), and Kenya (23) had the highest number of publications respectively. Of the three domains of timeliness, the most studied domain was ‘delayed vaccination’ [99.5% (223/224)], followed by ‘early vaccination’ [21.9% (49/224)], and ‘untimely interval vaccination’ [9% (20/224)]. Definitions for early (seven different definitions), untimely interval (four different definitions), and delayed vaccination (19 different definitions) varied across the studies. Most studies [72.3% (166/224)] operationalised vaccination timeliness as a categorical variable, compared to only 9.8% (22/224) of studies that operationalised timeliness as continuous variables. A large proportion of studies [47.8% (107/224)] excluded the data of children with no written vaccination records irrespective of caregivers’ recall of their vaccination status. Our findings show that studies on vaccination timeliness in LMICs has measurement and methodological gaps. We recommend the development and implement of guidelines for measuring and reporting vaccination timeliness to bridge these gaps

SIMPLE INDIRECT MEASURES OF ADIPOSITY ARE DISCRIMINATORY OF ELEVATED BLOOD PRESSURE: A CROSS SECTIONAL ANALYSIS AMONG ADOLESCENTS IN A RESOURCE-POOR SETTING IN NORTHEAST NIGERIA

Conducting clinical research in a resource-constrained setting: lessons from a longitudinal cohort study in The Gambia

Prevalence and distribution pattern of malaria and soil-transmitted helminth co-endemicity in sub-Saharan Africa, 2000–2018: A geospatial analysis

Background
Limited understanding exists about the interactions between malaria and soil-transmitted helminths (STH), their potential geographical overlap and the factors driving it. This study characterised the geographical and co-clustered distribution patterns of malaria and STH infections among vulnerable populations in sub-Saharan Africa (SSA).

Methodology/Principal findings
We obtained continuous estimates of malaria prevalence from the Malaria Atlas Project (MAP) and STH prevalence surveys from the WHO-driven Expanded Special Project for the Elimination of NTDs (ESPEN) from Jan 1, 2000, to Dec 31, 2018. Although, MAP provides datasets on the estimated prevalence of Plasmodium falciparum at 5km x 5km fine-scale resolution, we calculated the population-weighted prevalence of malaria for each implementation unit to ensure that both malaria and STH datasets were on the same spatial resolution. We incorporated survey data from 5,935 implementation units for STH prevalence and conducted the prevalence point estimates before and after 2003. We used the bivariate local indicator of spatial association (LISA analysis) to explore potential co-clustering of both diseases at the implementation unit levels among children aged 2–10 years for P. falciparum and 5–14 years for STH, living in SSA.

Our analysis shows that prior to 2003, a greater number of SSA countries had a high prevalence of co-endemicity with P.falciparium and any STH species than during the period from 2003–2018. Similar prevalence and distribution patterns were observed for the co-endemicity involving P.falciparum-hookworm, P.falciparum-Ascaris lumbricoides and P.falciparum-Trichuris trichiura, before and after 2003.

Conclusions/Significance
Wide spatial heterogeneity exists in the prevalence of malaria and STH co-endemicity within the regions and within countries in SSA. The geographical overlap and spatial co-existence of malaria and STH could be exploited to achieve effective control and elimination agendas through the integration of the vertical control programmes designed for malaria and STH into a more comprehensive and sustainable community-based paradigm.

Timeliness of routine childhood vaccination in low- and middle-income countries, 1978–2021: Protocol for a scoping review to map methodologic gaps and determinants

A scorecard of progress towards measles elimination in 15 west African countries, 2001-19: a retrospective, multicountry analysis of national immunisation coverage and surveillance data.

The WHO Regional Office for the Africa Regional Immunization Technical Advisory Group, in 2011, adopted the measles control and elimination goals for all countries of the African region to achieve in 2015 and 2020 respectively. Our aim was to track the current status of progress towards measles control and elimination milestones across 15 west African countries between 2001 and 2019.

We did a retrospective multicountry series analysis of national immunisation coverage and case surveillance data from Jan 1, 2001, to Dec 31, 2019. Our analysis focused on the 15 west African countries that constitute the Economic Community of West African States. We tracked progress in the coverage of measles-containing vaccines (MCVs), measles supplementary immunisation activities, and measles incidence rates. We developed a country-level measles summary scorecard using eight indicators to track progress towards measles elimination as of the end of 2019. The summary indicators were tracked against measles control and elimination milestones.

Measles will continue to be endemic in west Africa after 2020. The regional measles incidence rate in 2019 was 33 times the 2020 elimination target of less than 1 case per million population. However, some hope exists as countries can look at the efforts made by Cape Verde, The Gambia, and Ghana and learn from them.

Voices in the wilderness: how exclusionist article processing charge policies of academic journals underscore what is wrong with global health

The use of a speaking book® to enhance vaccine knowledge among caregivers in The Gambia: A study using qualitative and quantitative methods

Applying the WHO ICD-PM classification system to stillbirths in a major referral Centre in Northeast Nigeria: a retrospective analysis from 2010-2018