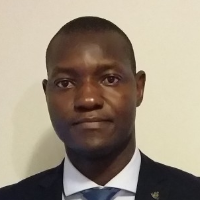 Background: Factors driving inter-individual differences in immune responses upon different types of prenatal malaria exposure (PME) and subsequent risk of malaria in infancy remain poorly understood. In this study, we examined the impact of four types of PME (i.e., maternal peripheral infection and placental acute, chronic, and past infections) on both spontaneous and toll-like receptors (TLRs)-mediated cytokine production in cord blood and how these innate immune responses modulate the risk of malaria during the first year of life.

Methods: We conducted a birth cohort study of 313 mother-child pairs nested within the COSMIC clinical trial (NCT01941264), which was assessing malaria preventive interventions during pregnancy in Burkina Faso. Malaria infections during pregnancy and infants’ clinical malaria episodes detected during the first year of life were recorded. Supernatant concentrations of 30 cytokines, chemokines, and growth factors induced by stimulation of cord blood with agonists of TLRs 3, 7/8, and 9 were measured by quantitative suspension array technology. Crude concentrations and ratios of TLR-mediated cytokine responses relative to background control were analyzed.

Results: Spontaneous production of innate immune biomarkers was significantly reduced in cord blood of infants exposed to malaria, with variation among PME groups, as compared to those from the non-exposed control group. However, following TLR7/8 stimulation, which showed higher induction of cytokines/chemokines/growth factors than TLRs 3 and 9, cord blood cells of infants with evidence of past placental malaria were hyper-responsive in comparison to those of infants not-exposed. In addition, certain biomarkers, which levels were significantly modified depending on the PME category, were independent predictors of either malaria risk (GM-CSF TLR7/8 crude) or protection (IL-12 TLR7/ 8 ratio and IP-10 TLR3 crude, IL-1RA TLR7/8 ratio) during the first year of life.

Conclusions: These findings indicate that past placental malaria has a profound effect on fetal immune system and that the differential alterations of innate immune responses by PME categories might drive heterogeneity between individuals to clinical malaria susceptibility during the first year of life.

Efficacy of a low-dose candidate malaria vaccine, R21 in adjuvant Matrix-M, with seasonal administration to children in Burkina Faso : a randomised controlled trial

Background: Stalled progress in controlling Plasmodium falciparum malaria highlights the need for an effective and deployable vaccine. RTS,S/AS01, the most effective malaria vaccine candidate to date, demonstrated 56% efficacy over 12 months in African children. We therefore assessed a new candidate vaccine for safety and efficacy.

Methods: In this double-blind, randomised, controlled, phase 2b trial, the low-dose circumsporozoite protein-based vaccine R21, with two different doses of adjuvant Matrix-M (MM), was given to children aged 5–17 months in Nanoro, Burkina Faso—a highly seasonal malaria transmission setting. Three vaccinations were administered at 4-week intervals before the malaria season, with a fourth dose 1 year later. All vaccines were administered intramuscularly into the thigh. Group 1 received 5 μg R21 plus 25 μg MM, group 2 received 5 μg R21 plus 50 μg MM, and group 3, the control group, received rabies vaccinations. Children were randomly assigned (1:1:1) to groups 1–3. An independent statistician generated a random allocation list, using block randomisation with variable block sizes, which was used to assign participants. Participants, their families, and the local study team were all masked to group allocation. Only the pharmacists preparing the vaccine were unmasked to group allocation. Vaccine safety, immunogenicity, and efficacy were evaluated over 1 year. The primary objective assessed protective efficacy of R21 plus MM (R21/MM) from 14 days after the third vaccination to 6 months. Primary analyses of vaccine efficacy were based on a modified intention-to-treat population, which included all participants who received three vaccinations, allowing for inclusion of participants who received the wrong vaccine at any timepoint. This trial is registered with ClinicalTrials.gov, NCT03896724.

Findings: From May 7 to June 13, 2019, 498 children aged 5–17 months were screened, and 48 were excluded. 450 children were enrolled and received at least one vaccination. 150 children were allocated to group 1, 150 children were allocated to group 2, and 150 children were allocated to group 3. The final vaccination of the primary series was administered on Aug 7, 2019. R21/MM had a favourable safety profile and was well tolerated. The majority of adverse events were mild, with the most common event being fever. None of the seven serious adverse events were attributed to the vaccine. At the 6-month primary efficacy analysis, 43 (29%) of 146 participants in group 1, 38 (26%) of 146 participants in group 2, and 105 (71%) of 147 participants in group 3 developed clinical malaria. Vaccine efficacy was 74% (95% CI 63–82) in group 1 and 77% (67–84) in group 2 at 6 months. At 1 year, vaccine efficacy remained high, at 77% (67–84) in group 1. Participants vaccinated with R21/MM showed high titres of malaria-specific anti- Asn-Ala-Asn-Pro (NANP) antibodies 28 days after the third vaccination, which were almost doubled with the higher adjuvant dose. Titres waned but were boosted to levels similar to peak titres after the primary series of vaccinations after a fourth dose administered 1 year later.

Genetic variation in the immune system and malaria susceptibility in infants: a nested case-control study in Nanoro, Burkina Faso

Background: Genetic polymorphisms in the human immune system modulate susceptibility to malaria. However, there is a paucity of data on the contribution of immunogenetic variants to malaria susceptibility in infants, who pre‐ sent differential biological features related to the immaturity of their adaptive immune system, the protective effect of maternal antibodies and fetal haemoglobin. This study investigated the association between genetic variation in innate immune response genes and malaria susceptibility during the first year of life in 656 infants from a birth cohort survey performed in Nanoro, Burkina Faso.

Conclusions: These findings indicate that genetic polymorphisms in genes driving innate immune responses are associated to malaria susceptibility during the first year of life, possibly by modulating production of inflammatory mediators.

Background: Single nucleotide polymorphisms occurring in the Plasmodium falciparum multidrug resistant gene 1 (pfmdr1) are known to be associated with aminoquinoline resistance and, therefore, represent key P. falciparum mark‐ ers for monitoring resistance both in susceptible groups (children under 5 years old and pregnant women) and in
the general population. This study aimed to determine prevalence and factors associated with the carriage of pfmdr1 N86Y, Y184F and D1246Y polymorphisms among pregnant women in a setting of high malaria transmission in Burkina Faso.