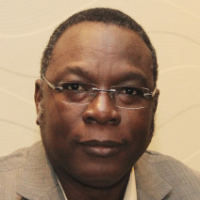 Rifabutin with lopinavir/ritonavir in patients coinfected with tuberculosis and HIV in Burkina Faso: Pilot study of pharmacokinetics to define the minimum effective dose

To assess the pharmacokinetic profile of rifabutin (RFB) and its active metabolite 25-O-desacetyl-rifabutin on the two dosing regimens (RFB 150 mg or 300 mg 3 times a week) in TB-HIV coinfected patients in Burkina Faso, a resources-limited country with high prevalence of tuberculosis and HIV. To determine the pharmacokinetics parameters of RFB in combination with Lopinavir/ritonavir in Burkinabe HIV infected patients with tuberculosis, in order, to define optimal doses that will be further tested in a larger phase III trial comparing safety, tolerability and efficacy of RBT and RMP regimens in West Africa.

Capacity Building and networking: The fellow and co-investigator attended several training courses over the duration of the project to enhance their ability to develop and implement a clinical trial. In addition, the co-investigator had an opportunity to intern at the LBV in Aristide le Dantec University in Senegal. The fellow managed to develop collaborations with several research institutions and a pharmaceutical company to assist with acquisition of the investigational drugs, protocol development and skill transfer in the field of drug interactions and clinical research. In addition, the grantee managed to obtain funding to build and equip a new biomedical laboratory. Research: This study aimed to assess the pharmacokinetic profile of two doses of Rifabutin (150 mg and 300 mg every two days) associated with Lopinavir / Ritonavir in patients co-infected by TB and HIV. There was a delay recruiting patients, due to a delay in the acquiring the study drugs and obtaining study protocol and ethics approval from the national Project Porftolio Page 355 of 622 regulatory authority for clinical trials. The target sample size was 30. Between May 2013 to December 2014, 91 patients co-infected by TB and HIV were screened, among these 11 were included in the study. The 11 participants were randomly assigned to the two treatment arms and followed up. Six patients in arm A (rifabutin 150 mg) and five patients in arm B (rifabutin 300 mg). All patients enrolled have already undergone blood samplings for pharmacokinetic tests and the participant recruitment was extended to July 2015. The trial will be completed using funds from the home organisation, IRSS. Several publications are expected after the completion of data analysis.